I’m part of a terrific group of people that come together every Wednesday from 11-12 not too far from my house.  We are Toastmasters, Speakers By The Sea. http://www.meetup.com/TOASTMASTERS-Speakers-by-the-Sea-Club/

When my friend first introduced me to Toastmasters last year, I thought I knew what this organization was all about.  My preconceived notion was that if you had the dreaded fear of public speaking; then Toastmasters was the place to go.

That’s only half right.  While it’s true, that the fear of public speaking ranks very high for most people; the reality of stepping on stage to address the shareholders of your company is not what we all have in common, in our club.

Instead we bring a variety experiences from those that are in their late twenties and just getting their professional careers underway to our oldest member that recently turned 90, and everyone in between.

Toastmasters International is a structured approach to improving not only your speech but also your listening and written skills as well.  Even someone that likes talking as much as I do can come away from each meeting with new information and a greater appreciation of how to communicate.

We have an executive board that includes the President, VP of Education, VP of Membership (guess who that is?) VP Public Relations, Treasurer, Secretary and Sergeant-At-Arms.  Yes in Toastmaster’s it is Sergeant At not Of.

This is a dues paying International Organization.  The fees are minimal in my opinion for all the tips and the camaraderie that comes along with taking something seriously.

We start and stop on time with the gavel calling the meeting to order and ending the meeting an hour later.  We know ahead of time if we have a role in the meeting and also if we will be delivering a speech or having our speech evaluated.

Speaking of speeches and evaluations, this is where you become immediately aware of using filler words that are so common; from our everyday conversations and continuing to the people we watch on TV or listen to on the Radio.

Our general evaluator has a team of 3 for each meeting; these roles are shared amongst our members.

Starting with the Timer, this person’s responsibility is to keep their eye on the clock. Most speeches are 5-7 minutes. To have a qualifying speech, you must meet the minimum of 5 minutes; the timer displays a green card to let the speaker keep on a winning pace.  A yellow card replaces the green at the 6 minute mark and a red card replaces the yellow at the 7 minute mark. The speaker has 30 additional seconds to complete their thought, if they go over; their speech is disqualified, when we vote on the best speech of the day. Typically this doesn’t happen, because everyone works to qualify.

The second team member is known as the Ah-Counter. Just like you might imagine, this person pays attention to anyone using, Ah, Um, Uh, So, You Know and the dreaded Lip Smack; that happens to us when we find ourselves totally out of spit, there just isn’t a pretty way to describe it, but now that I have, I bet you get it!

With the exception of the speech makers, anyone that speaks during the meeting and drops one of the filler words is “dinged.”  In our club that means dropping a bean in a tin can, it makes a noise, you can’t miss it. The speech makers are also counted if they ah and um, they just don’t have the distraction of the sound during their speech, but make no mistake, they are counted.

Finally the third team member is the Grammarian.  This person pays attention to the obvious misuse use of a word or sentence structure; using “I” when the correct word is “me,” as an example. The grammarian, which for me was a tongue twister to say in the beginning, also scores how often the word of the day is used.  I’ll get to that in just a minute.

Each meeting has 2 speakers that have prepared a speech and each speech has an evaluator. The evaluator’s are also timed.  One minute to quality, one minute 30 seconds, receives a reminder, 2 minute red card and 30 seconds to complete the evaluation to qualify.

We vote secretly for the best speech maker and also the best evaluator.  They are recognized at the end of the meeting, after the Sergeant-At-Arms tallies the votes.

Besides the 2 prepared speeches and the timed evaluations of those speeches, we have something called Table Topics.

The Table Topics Master selects the theme; this past week it was California Paradise and the word of the day was euphoric.  The grammarian keeps track every time someone uses the word or a durative of the word.

The Table Topics Master chooses their topic along with 5-6 questions that pertain to their theme.  It’s during this part of the meeting, that you can be called on at random to answer a leading question, with absolutely no time to prepare. This too is timed, with a 1 minute to qualify, a 2 minute maximum and that final 30 seconds to prevent being disqualified.

We did something different this week. We had a round robin. Starting with our theme, California Paradise, our goal was to say how euphoric that can be.  Each person was charged to speak about what made the past weekend euphoric for them.

I wish this had been videotaped. It was hilarious. From going to Target, doing their ironing, seeing Spamalot, secretly taking ping pong lessons from a former Olympian to beat her sibling in a match, carefully getting a bee off the inside of the screen in the kitchen, a sunburn at the Dodger game, and a face sucking romance.  Yes, that says it all.  Those 1 minute 30 second quick speeches are also voted on.  I bet you can guess who won!

We completed all of this in one hour and left the room in a total state of euphoria, as the gavel indicated our meeting is over.

I happened to start the day euphoric, but that’s for another blog! 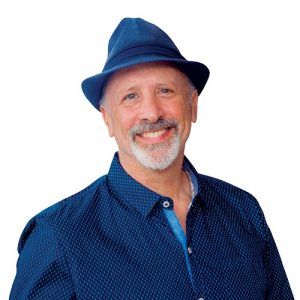