Do you sing with the radio? How about the music played in stores?  I know there is a reason for the popularity of Karaoke; I’m not talking about that performing style of singing; rather just singing for the joy of being “Happy”.

Look what Happiness has been generated because of Pharrell Williams’ Happy song. It’s played, sung, and performed everywhere from children’s talent shows to sporting events and commercial advertising all over the world.

I think music is a universal language.  That’s probably not an original thought, there’s undoubtedly a ton of research to support that.  I’m basing it on how I feel and how I witness others when music is playing.

Yesterday as an example, I was looking for shoes, because can you ever have too many?  This time I was actually being practical and was concentrating, once I left the sale area, on workout shoes.  Light weight, Nike, cross trainers, something that will make my workouts more stylish!! I’m kidding.

As I am trying on the shoes, and the music is going on in the background, I noticed a little boy, not more than 3 years old, sitting on a stool with a giant smile plastered on his face while his shoulders were going up and down to the beat. I mentioned to his mom, that I thought it was great how much he was enjoying the music. She said, “He’s been doing that since he was a year old”.

I’ve had the good fortune to travel in many countries, where English was not the primary language, and yet our popular music from rock to western, is played everywhere.

For those of you old enough to remember…There is the occasional song that transcends from another country and the next thing you know; you find yourself singing in French and have no idea number one; what the words mean and secondly you can’t pronounce them even if you did, but we sang along anyway.

In that particular song, I think it helped that Debbie Reynolds, starred in a movie by that name several years later.  And perhaps movies also help spread the words and music around the world as well.

I just know, that along with a bunch of other stuff floating around in my noggin’ there is always a song up there competing for space.

Much like whistling, humming along or singing along to a tune could be a major annoyance to others, I just have a hard time resisting that sing a long opportunity.

I’m sure in many households during the 50’s when Mitch Miller was on TV; we made singing along with the bouncing ball a part of our night’s entertainment; and nothing about singing out loud for the simple joy of singing seemed weird.

So the next time you step into an elevator, you’re walking through the mall or just going up and down the aisle at your market…sing out and see…because It’s A Small World After All!!  Now…

Do you have the music in you???

Give Me A Ticket For An Aeroplane! 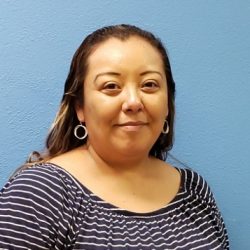