Let’s get to know John.

Although the majority of John’s life has been dedicated to the travel industry as a PR executive in both the airline and cruise industry, he says “the most intriguing part was my 15 years on Los Angeles area radio stations, from early 1992 to the summer of 2007.”

He began his travel radio career at KABC then moved to KKGO/KMZT where he was the host and co-producer of a 24/7 travel feature.   In July 2002, John attained a long-held dream of joining the CBS radio station in Los Angeles, KNX1070 News radio. Based on journeys to 51 countries, John’s written and broadcast over five thousand travel features for his radio show “John Clayton’s Travel With A Difference.”

He says his segments take his audience on “offbeat trips to places around the world, where I give people vacation ideas most have never thought about because they’ve never heard of them. – and they’re written and presented in an entertaining and fun way – hence the title Travel With A Difference.

Do you love to travel? 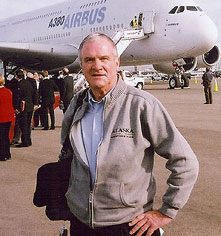 What is it about travel, that makes you happy? John will be sharing his stories about his travel adventures.  How is traveling as a journalist different from being a traveler on vacation? Is your camera a big part of your travels? I know it is for me.  What’s on your bucket list?

Planes, trains, & ships all with their own personalities!

Check out some of John’s posts as the author of  Traveling Boy, the Road Less Traveled. 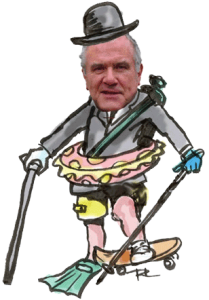 Buckle up and get ready to hear his travel adventure stories.

John Clayton, Travel with a Difference!